Initially formed in 2012, our first launch was hosted by the Mayor of Dartmouth with a lunch and civic visit. Subsequent events include a visit to the hydrographic centre in Taunton, the Meteorological centre in Exeter,  two visits to Dartmouth College, Plymouth University and a visit to HMS Sutherland. Our most subscribed event was a lunch with guest speaker at a 5 star restaurant in Exeter, after which the establishment burnt down! 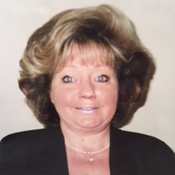 We are in the preparations of establishing a yearly luncheon in the South West at a venue in either Exeter or Plymouth, with an interesting visit of nautical interest for a second event. Other Outports would be welcome to join us.

Last year was a very busy year for the South West with the Merchant Navy Monument on Plymouth Hoe. I brought it forward a year to coincide with the start of the Second World War.

If you would like to know more about the South West Outport, please get in touch with the Honorary Secretary who will only be too happy to help.