Lt Cdr Les CHAPMAN CMMar FNI RN has been elected for the administrative year 1st May 2021 to 30th April 2022. 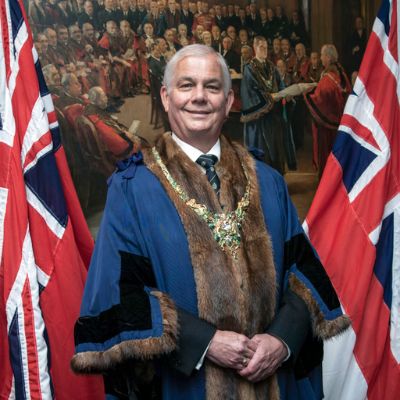 Les was born in Jun 1956 in Amherst, Nova Scotia, Canada and is a direct descendant of William and Mary Chapman from Hawnby, in North Yorkshire, who immigrated to Nova Scotia in 1774.  Les attended Amherst Regional High School and was selected to attend the Royal Military College of Canada, joining the Royal Canadian Navy in 1974.

He served as an Officer Cadet on Destroyer Escorts and Mine Hunters before graduating from RMC as a Sub Lieutenant with a BChemEng(Nuc) in 1978.  Les gained his Officer of the Watch Certificate in a Destroyer on the West Coast of Canada in 1979 and then volunteered  for Submarines in Halifax, Nova Scotia gaining his Dolphins in 1980 serving on HMCS Onondaga.  He volunteered to go on exchange with the Royal Navy Submarine Service in 1981 serving in HMS Opossum and transferred to the Royal Navy in 1983 living in Portsmouth until 2014.  Les served in a number of submarines and passed the Submarine Command Course (Perisher) in 1988.  He had a number of Command appointments including the Acceptance of HMS Vanguard, standing by build for HMS Victorious and conducting first firing and patrol.  After 24 years in the RCN and RN he voluntarily retired in 1997.

After leaving the RN he spent 3 years as the Marine Operations Manager at the UK’s premier port and gained an MBA in 1999.  From 2000 he has been in marine consultancy with various companies in London and overseas including 8 years as COO of an international accident investigation and expert witness company.  With more than 45 years’ experience in the maritime environment, he has spoken and written articles on a wide range of topics from business risk and contingency planning to government and agency policy on security and maritime matters.  Les is currently Chairman of Margaret Black Ltd and for the past 13 years has been a volunteer Director at the London Shipping Law Centre.  He is also Chair of Governors at George Greens’ School and a Trustee of George Green’s School Trust Funds on behalf of HCMM.

Les joined the Honourable Company of Master Mariners in 2001 and became a Liveryman in 2014.  Was elected to the Court of Assistants in 2013 and 2016 and elected as Warden in 2017.  He is also a Director of Seahorse Hospitality Ltd, the inhouse caterer for HCMM, and is Friend of the Wellington Trust.  He is a Fellow of the Nautical Institute, a Younger Brother of Trinity House and Chair of the South East Regional Grants Committee, Trustee of Tower Hill Trust and Greenwich Sea Cadets, Liveryman of the Worshipful Company of Shipwrights, Past Chairman of London Branch of the Nautical Institute and Institute of Civil Protection and Emergency Management.  Les was awarded his Chartered Master Mariner in October 2017 and has recently been appointed as Vice President of Tunbridge Wells Sea Cadets.

Les has been married to Lydia since 2019 and between them they have two sons, two daughters, three granddaughters and a grandson.  They have lived in Tunbridge Wells since 2017. 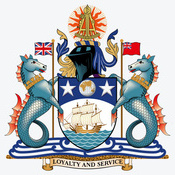