What is ‘the Merchant Navy’?

There is a lot of confusion about the term Merchant Navy. Hopefully, this will explain it.

There is no such thing as THE Merchant Navy, it does not exist. The confusion arises because people hear of The Royal Navy and The Royal Air Force. These are Government service organisations, and you are a government employee. The correct technical term is the British Merchant Mercantile and you are a merchant seafarer.

The term Merchant Navy was coined by King George V in 1919, as recognition of the sacrifice made by merchant seafarers during the First World War. On the 14th February 1928, ‘His Majesty King George V formally renamed the Mercantile Marine in appointing HRH The Prince of Wales as the first ‘Master of the Merchant Navy and Fishing Fleets’. 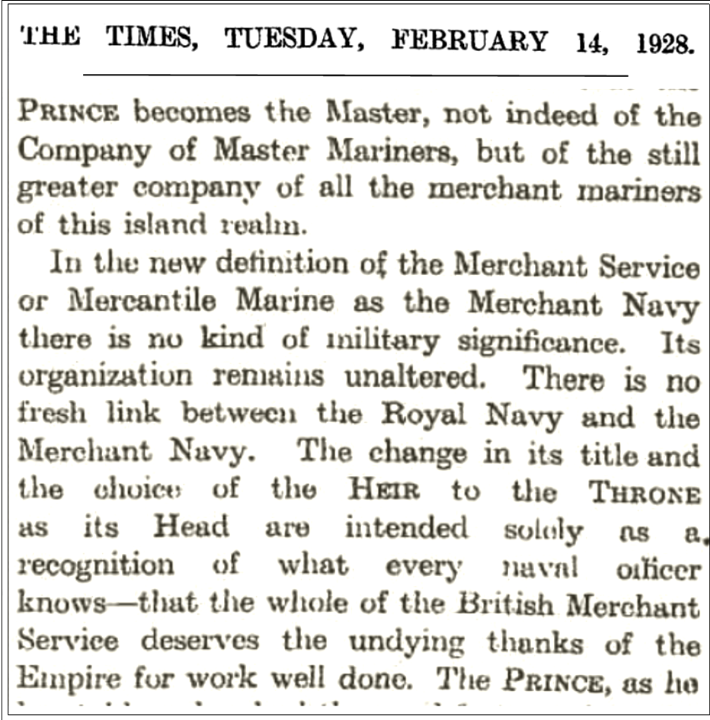 In reality the term Merchant Navy is a collective term for anything that floats, that isn’t painted grey and doesn’t have guns on it. To put this into some context Ships over 100 tons, which there are about 88 thousand in the world, are owned and operated by approximately 30 thousand companies and individuals. There is no central organisation, no central records, unlike the Armed Forces. You are an employee of the individual company. The term Merchant Navy originally was a British thing, but over the years it has been adopted around the world.