The day to day management of the Honourable Company of Master Mariners and our Livery Hall, HQS WELLINGTON, is undertaken by the Clerk and is supported by a staff of ten. 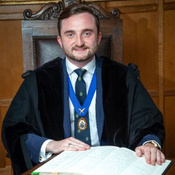 I started working for the Honourable Company back in January 2019 as the new Chartered Master Mariner Registrar.

I became a member in February 2019 and in August 2020, I had the great honour of being appointed the new Learned Clerk to the Company. Before arriving at HCMM, I had been a secondary school teacher and lay chaplain for six years and prior to University, I was a caseworker in the Crown Prosecution Service.

In my spare time, I'm a commissioned Cadet Force Adult Volunteer officer in the SCC.

I joined as the Assistant Clerk to the Honourable Company in May 2021.

Before joining the team at the HCMM, I had worked for Kent police looking after 6 key portfolios within the Citizens in Policing department. Prior to this I had been the Senior Events Officer for the Marine Society & Sea Cadets, in this role I had the responsibly for the safe delivery of the uniformed events portfolio both in the UK and abroad.

In my spare time, I'm a commissioned Officer in the SCC and currently lead a group of 11 units in South London. I’m also a volunteer police officer in Kent. 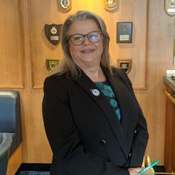 Please contact me for membership subscriptions or quarterage, invoices and refunds.

I joined the Company back in January 2009.

Before that, I was self-employed doing accounts for various companies until the 2008 stock market crash. Seeing what was happening to companies, I made a quick decision to do the same job but with a bit more job security. Married to Mick, a Mother and Grandmother; family life comes first and always manages to keep me busy! My own guilty pleasure is to get my bicycle out early on Saturday morning, join my sister and clock up a few road miles. Occasionally, Gin and fine dining are also a luxury to enjoy. 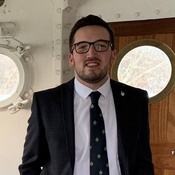 In March 2021, I was honoured to be appointed the new Education and Outreach Manager of the Company.

I joined the Honourable Company's mentoring scheme back in January 2019 as an Associate. Prior to joining the company as member of staff, I completed a BSc (Hons) degree alongside my cadetship at the University of Plymouth. Upon qualifying, I completed a number of agency trips as OOW before settling as a permanent OOW with a dredging company on the South coast of the UK. I have also worked within the harbour vessel sector in both the Bristol Channel and the Port of Plymouth.

Much of my spare time outside of work is taken up by my volunteering role within the RNLI and spending time with both family and friends. 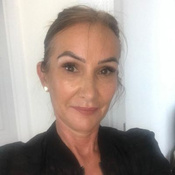 Please contact me for cabin reservations, ordering Wardroom lunches and for all other enquires.

My name is Gail and I am the receptionist on the Wellington, having worked for HCMM June 2018.

My duties are to welcome members and guests onboard and to manage the front of house area, asking you to sign in and direct you to your meeting room or onboard event. My working career has always been in front of house, events and hospitality. In my spare time I like to do yoga, hit classes, spinning and lately zumba! 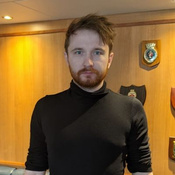 I requested a month's work experience onboard the HQS Wellington back in 2010 and I still haven't escaped!

I look after all the IT equipment onboard as well as the management of the maintenance budget. I also monitor the Health & Safety onboard, ensuring all the routine checks are carried out and risk assessments are up-to-date. When I'm not fixing the Ship, I'm either burning food on the BBQ or trying to become the second best player on Call of Duty. 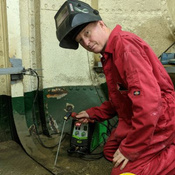 I have had the pleasure of maintaining the good ship Wellington for over 30 years.

I’ve seen 30 Masters come and go, one stand in and 6 Clerks. I have my own company (MSJ Maintenance Ltd.) and when I’m not working on the Wellington, I take on maintenance works in some of the other livery halls. I also work in some of London's churches. My Hobbies are fishing, gardening and relaxing with a cold beer. 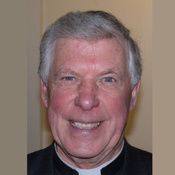 I was invited to join by Commodore Tony Barrett when he was Master - whatever year that was in the early nineties! I was delighted to accept as my background has been almost totally with the maritime world.

I first joined the Royal Navy in 1951 as a communicator serving for nearly ten years in COMINT. I left to train for Ordination at Oxford returning to the RN in 1965. Apart from a short break in the RNR I served until being retired on age in 1992. My last full appointment was being seconded to the RFAs for three years where I learnt the Merchant Navy way of life!

On leaving the RN I was appointed as Senior Chaplain at the Missions to Seamen in Southampton from 1993 until 1999 when I reached retirement age. In retirement I became firstly Chaplain and then Master of The Hospital of St Cross and Almshouse of Noble Poverty in Winchester (a medieval foundation for housing 24 poor and derelict men).

Meanwhile I continued my maritime connections as Chaplain to the Anchorites, the RFAA, and the Southampton Master Mariners (the Cachelots) as well as the HCMM. My interests/hobbies are painting in oils, tennis and golf. 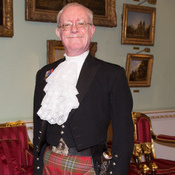 I joined the Company as an Associate Member in May 2012, was admitted as a Freeman in February 2016 then as a Liveryman in May 2016 and was elected to the Court in April 2018.

I serve on six committees/sub-committees of the Company.  Although I have no seagoing experience, I have at least 22 Admirals in my family history. I was appointed Honorary Almoner in April 2021 where I 'look after' our Senior Members and related matters.

I belong to four other Livery Companies (including the UK’s only Royal one!) and was Master Arbitrator in 2011-12.